It’s International Women’s Day! And to celebrate, I would like to share some of literature’s feistiest women. I love reading books with a strong female character, even if not all of them are that likeable. My five choices are varied – some are brave and adventurous, others materialistic and selfish, but they are all feisty and great fun to read! 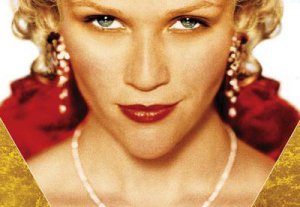 Everybody loves a rebel and Becky Sharp is one that I love to hate. I can’t help but root for her, at least at first. OK, so she’s calculating and manipulative. She’s a terrible flirt who will stop at nothing to get to the top of the social ladder. But what a fun and feisty character Becky Sharp is! She’s sexy, she’s naughty and extremely witty. She’s intriguing – I can’t really figure her out. Behind her sarcasm and ruthless plans to get rich, I want to believe that she does have a heart, but I’m just not sure.

Scarlett O’Hara from Gone with the Wind by Margaret Mitchell

Spoilt Scarlett O’Hara is petulant and vain. At the beginning of Gone with the Wind I really disliked her. However as her circumstances change and she has to deal with poverty, she pulls herself together and gets on with things – not without a lot of complaining, of course! Underneath her greed and quick temper she has many worries, most of which she locks away. When life seems at its most unbearable she thinks, “fiddle de dee, tomorrow is another day”. What I admire about Scarlett is that she doesn’t sit down and let life get to her, she is determined to get back on track.

Éowyn from The Lord of the Rings by J. R. R. Tolkien

I am a huge fan of The Lord of the Rings, but it has always bothered me that there aren’t many female characters. It’s true that the two main female characters are pretty amazing though; the powerful elf Galadriel and the fiercely brave Éowyn. It’s Éowyn who has always stood out in my mind because she does not possess any special powers. Her skill in battle comes from hard work and practice. Instead of staying behind with the other women, she sneaks off to battle with the men. She then turns out to be one of the strongest, most courageous fighters. It is a bit cheesy in the film, but in the book I love this quote, as she fights the Lord of the Nazgûl,

‘But no living man am I! You look upon a woman. Éowyn I am, Éomund’s daughter….'”

Inés from Inés of my Soul by Isabel AIlende

Inés is based on a real woman who followed her husband to the New World and later became the mistress of the first royal governor of Chile. I can’t say whether she has been portrayed correctly, but I do know that the Inés de Suárez in Allende’s book is a strong minded, passionate, fiery woman whose life I enjoyed reading about immensely. Her story has many ups and downs but is never dull. I love her spirit and just hope that the real woman was equally as brilliant. 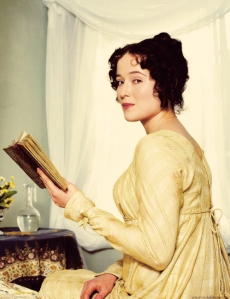 Elizabeth Bennet from Pride and Prejudice by Jane Austen

I wasn’t so keen on Lizzie the first time I read Pride and Prejudice, but years later I couldn’t help but like her. I think she would make a great friend with her sense of humour and kindness. She may sometimes be a little too quick to judge, but we all have our flaws and at least she is willing to admit when she’s wrong. She also has some of the best put-downs ever!

There are so many other characters that I could have mentioned; Moll Flanders, Jo March from Little Women, Jane Eyre, Margaret from North and South and I could go on… I have a huge list of younger feisty female characters too, but maybe that’s a post for another day!

Who are your favourite feisty women in literature?